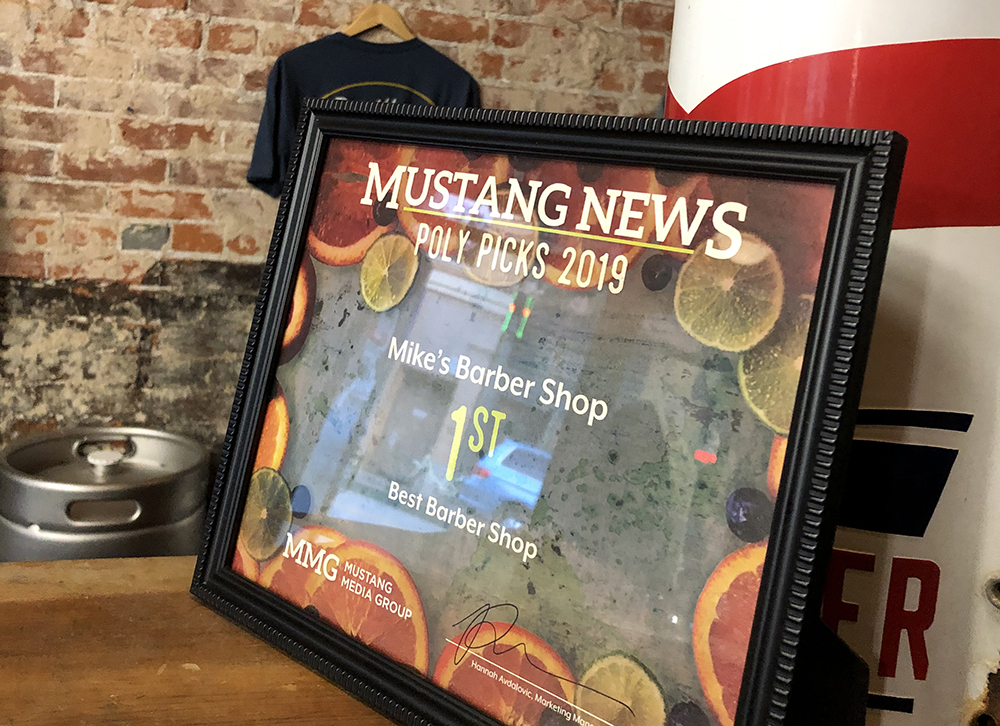 Mike’s Barber Shop was announced as recipient of the Poly Pics 2019 Best Barber Shop award by Cal Poly Mustang News! Mike’s serves the Cal Poly community through the SLO shop, located above BarrelHouse Brewing Co. on Chorro Street. Students can enjoy late hours as the shop is open until 11pm most nights. For those 21 and over, a complimentary beer comes standard with a haircut. The SLO shop offers a waitlist for patrons who prefer to venture around town or run errands while waiting their turn in line. Barbers at the shop offer traditional and modern haircuts to keep up with the trends. All of this along with the “speakeasy” atmosphere of the downstairs brewery create a draw for Cal Poly students.

Mike’s in Morro Bay was busy gaining notoriety as well, as it was announced as a Nextdoor Neighborhood Favorite 2019 winner. Mike’s has a long history in the Morro Bay community, opening originally as “Lendyl’s Barber Shop” in 1941. Mike Dominguez renamed the shop in the 1960’s as “Mike’s,” and when Barber Jon lovingly took over in 2012, he kept the name alive. Mike’s has been a local favorite for decades, and serves the community through donations to local schools and sports teams, and to community fundraisers. The shop can be a great place to hear fishing tips, the surf report, and other local news, as well as a dapper cut!

Floatin’ in the 4th of July Parade